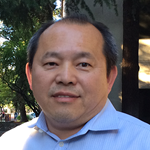 Dr. Po-Lin Shyu, L.Ac., OMD, is a California Board Licensed Acupuncturist, Herbalist, and Doctor of Traditional Chinese Medicine. Po-Lin is, also, certified Nationally and holds a NCCAOM certificate. For over the past 20 years, Dr. Shyu has maintained a practice that is exclusive to Fertility and Reproductive Enhancement, Obstetrics, Gynecology, Women’s Health, Male Infertility, and Pain Management. In 1990, Dr. Shyu began working with Dr. Angela Wu to develop Fertility protocols and herbal formulations to enhance fertility outcomes and pregnancy rates. Dr. Shyu, also spends time in China every year teaching students and furthering his education in the area of Reproductive Medicine and Women’s Health. For many years, Dr. Shyu has integrated Chinese Medicine with Western Medicine Fertility Protocols and is currently working exclusively with Reproductive Science in San Ramon as well as other fertility centers in the greater San Francisco Bay Area. For the past 10 years, Dr. Shyu has taught Acupuncture and has been a clinical supervisor at Five Branches Institute for Traditional Chinese Medicine with emphasis on Obstetrics and Gynecology. Currently, Po-Lin is working on a book that integrates Chinese Medicine with Western Medicine in the IVF clinics as well as writing articles for Medical Journals. 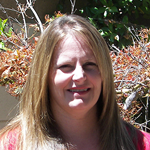 Dr. Judith Tognetti, L.Ac. DAOM, is a California Board Licensed Acupuncturist and Herbalist and Nationally Certified Acupuncturist. She received her Masters of Science Degree from the renowned Five Branches Institute of Traditional Chinese Medicine in Santa Cruz, California and studied both Western and Eastern medicine. Dr. Tognetti has studied with many famous acupuncturists over her career and has continued increasing her knowledge in the field of reproductive medicine. Dr. Tognetti’s main specialties are Women’s Healthcare which includes OB-GYN, Infertility, Pregnancy and Menopause. She has, also, had extensive training in Sport’s Medicine and is currently holds her Diplomate status in Orthopedic Acupuncture and her Ph.D. and Doctorate of Traditional Chinese Medicine. Dr. Tognetti is an active participant in the field of reproductive medicine, and has been included as an expert in panel discussions on fertility as well as providing on site care for patients in both fertility centers and hospitals. Ms. Tognetti is also a professor at Five Branches Institute for Chinese Medicine in San Jose where she teaches Ob-Gyn and supervises clinic. She maintains her commitment to the field through clinical research projects and has published many educational articles for both patients and the overall medical community. Dr. Tognetti is a member of Fertile Hope, Resolve, and ASRM. 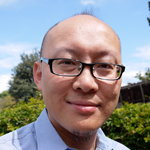 Dr. George Lu began his Traditional Chinese Medicine career in San Francisco since 1989. Taught by respected Angela C. Wu, L.Ac, where George built up his solid foundation and learned to treat patients with HIV/AIDS and Gynecological Disorders. After George graduated from San Francisco State University with a Bachelor Degree in Business in 1993, he continued his study in Traditional Chinese Medicine with Academy of Chinese Medicine and Cultural Sciences and received his Master of Science degree in 1995. Later that year, George wrote a master thesis on Male Reproductive Enhancement and Fertility. In the same year, he received his California State Licensure and NCCAOM Certification. George also interned at Shu Guan Hospital in Shanghai, China. He was fortunately trained with Dr. Shi style Orthopedic Tuina long with other topics such as Internal Medicine, Advanced Acupuncture Techniques, and Gynecology. George opened his first clinic with Po-Lin Shyu in Cupertino in 1995 and maintained his private practice after moving to Canada in 1996 and Southern California in 1998 with specialization in Sports Medicine, Tuina, and Fertility. While in Southern California, George also served as teaching faculty at Emperor’s College of Traditional Oriental Medicine in Santa Monica. George is currently teaching at Five Branches University of Traditional Medicine – San Jose Campus and teaching the doctorate level in Taiwan. 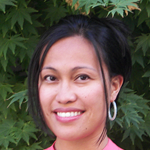 Emily Rones is a Licensed California Board Acupuncturist and Herbalist. She acquired her Master of Oriental Medicine from Acupuncture and Integrative Medicine in Berkeley California. She also holds a Bachelor’s Degree in Physiology with minor in Holistic Health Science from San Francisco State University. Emily also acquired Acupressure certification from The Acupressure Institute of Berkeley California. Her career spans for eight years wherein she practiced and developed her discipline under the tutelage of Dr. Angela Wu; attended Mantak Chia’s Cosmic Healing Workshops; and for the last 6 years she has been fortunate to apprentice with Dr. Polin Shyu learning to enhance fertility belly massage, Tui Na, and herbology. She also manages her own clinic at Hercules Fitness Center where she performs Acupuncture, Acupressure, and Chinese Herbology specializing in women’s health, pain management, orthopedics, and stress management since 2008. 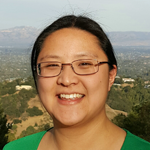 Janet received her Bachelor’s degree in Biology- Physiology at San Francisco State University. While studying for her Bachelor’s she got a minor in Holistic Health. She fell in love with the program as well as the concept of medicine in a holistic way. She then pursued a dream of becoming an acupuncturist. She went to Five Branches University to get a Masters in Traditional Chinese Medicine. While getting her masters, she did externships in the integrative medical hospitals in both Hangzhou, China and Taichung, Taiwan. She met Dr. Polin Shyu through school and interned with him for many years prior to getting her acupuncture license. Janet Wong is now a California Board Licensed Acupuncturist and Herbalist.

We are a team of very dedicated and compassionate medical professionals specializing exclusively in Reproductive Health, Assisted Reproductive Technologies, Women’s health, Male Infertility, Hormonal Balancing, and Pain Management for over 25 years. We provide the highest standard of care based on an attitude of gentleness, support, warmth, professionalism, and respect.

As practitioners of Chinese medicine, we have spent many years developing effective protocols that combine well with Western medical procedures to optimize clinical results. Our doctors are current members in RESOLVE and ABORM (The American Board of Oriental Reproductive Medicine). We currently work with many physicians, medical facilities, and reproductive centers in the Bay Area.

We welcome you to discover how Nurture Acupuncture can help you today!

Get to Know Us